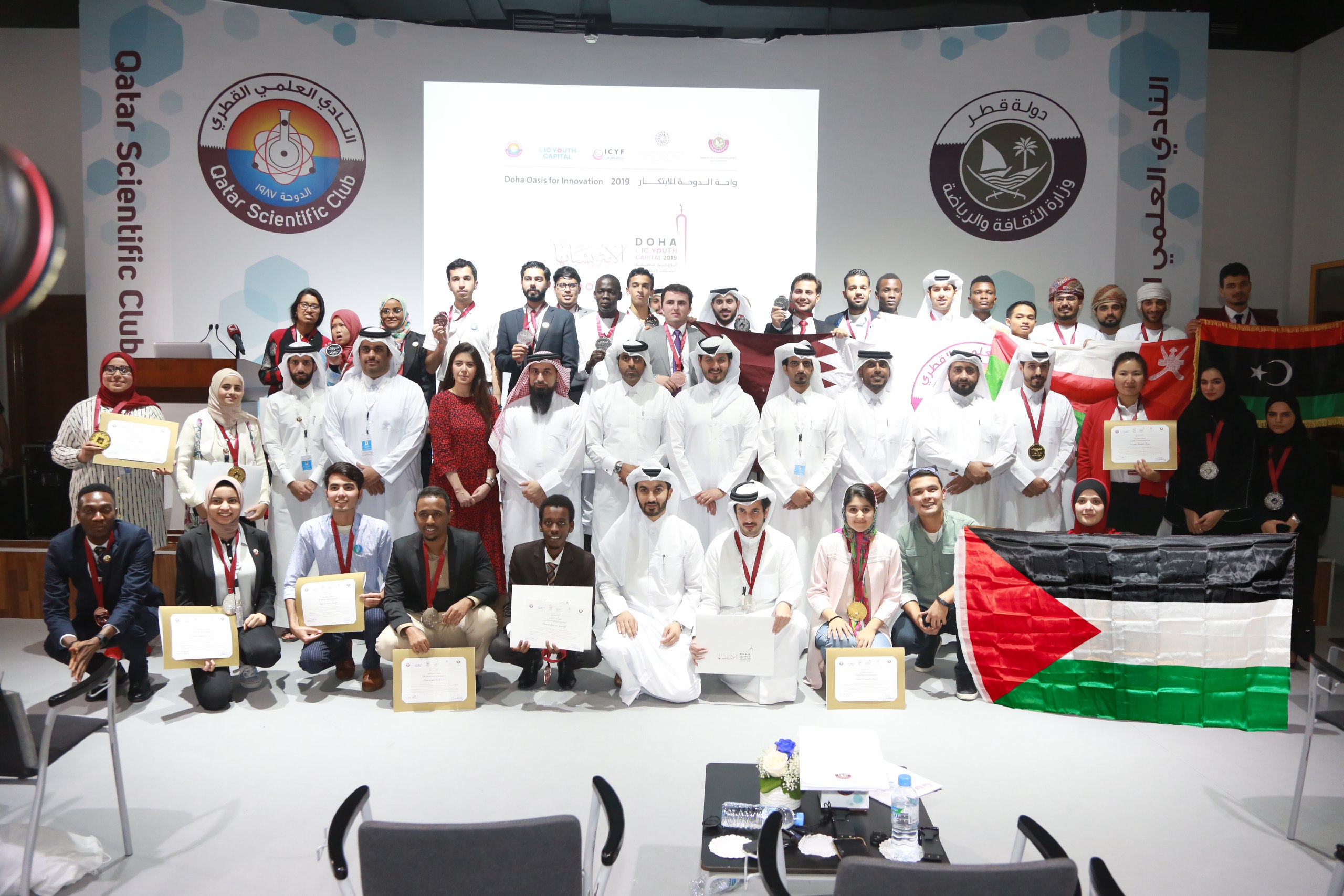 Doha Oasis for Innovation, held for the first time in Qatar, ended with success

The Ministry of Culture and Sports in cooperation with ICYF organized Doha Oasis for Innovation in September.

DOHA: As part of ‘Doha OIC Youth Capital 2019’ activities, the Ministry of Culture and Sports in collaboration with Islamic Cooperation Youth Forum announced the organization of the activity ‘Doha Oasis for Innovation’ from September 14 to 20, 2019.

The activity continued until September20 under the motto “The Youth is the Power of Nation” in collaboration with the Qatari Scientific Club and under the supervision of the Qatar Center for Cultural and Heritage Events.

Aim of the activity was to stimulate creativity among youth in the fields of invention and innovation, which consolidates a culture of science and work to achieve the demands of development and prosperity.

The ‘Doha Oasis for Innovation’ provided individual and group competitions to develop the talents and abilities of young people in the areas of invention, innovation and manufacturing.

The competition was divided into two section: The first an individual competition that was held on September 15 and 16 at Ali Bin Hamad Al Attiyah Arena, in which each participants presented their invention in two days and there was a jury working according to international standards for this area, meeting standards adopted by the most important exhibitions in the world.

It was open to everyone between the ages of 18 and 30 and includes 22 disciplines covering all the disciplines from medicine to engineering in various fields and so on.

The second competition was a group competition that begun on September 18 and continued until September 20 at Qatar Scientific Club.  The participants were distributed in groups based on different categories. The Qatari Scientific Club provided all the facilities and necessary needs to assist the innovators for executing their projects.

The group competition emphasized cooperation and exchange of experiences among the youth of the Muslim world, in addition to introducing young people on how to develop innovations from the idea to the establishment of a professional company.

Gold, Silver and Bronze Medals were awarded in the individual competitions while the winners of the group competition will be honored during the closing ceremony of the ‘Doha OIC Youth  Capital 2019’.