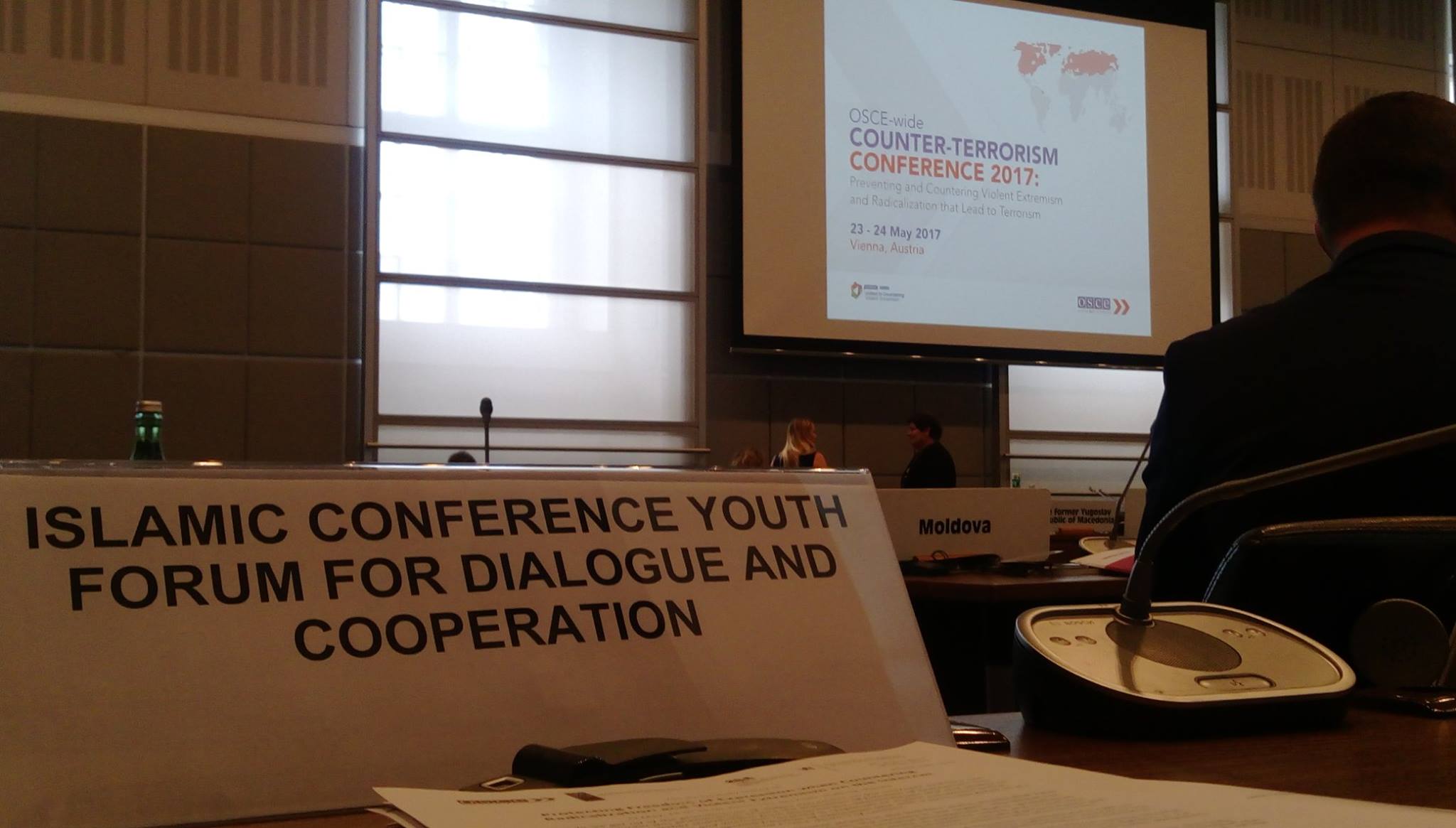 ICYF attended the Organization of Security and Cooperation in Europe (OSCE) wide counterterrorism conference, held in Vienna, Austria, on 23-24 May 2017.

Addressing the Session II on “Engaging and empowering youth in preventing and countering violent extremism and radicalization leading to terrorism”, Mr. Abdula Manafi Mutualo, Director General of the General Directorate of Youth Policy, Education & Training, started by sending a cable of condolences and sympathies to the people and government of the United Kingdom for the loss of innocent lives during the Manchester terrorist attack. He then mentioned the challenges faced by youth in the Member States of the Organization of Islamic Cooperation (OIC), particularly terrorism, and the fact that Muslims are the main victims of this unfortunate phenomenon.

Mr. Manafi stated that violence and extremism created an environment that prevented positive youth development. Current recruitment demographics show a growing trend towards recruitment at younger ages and an expansion towards young females. This is of high relevance to the OIC Member States for they are the youngest worldwide and have the highest youth population growth rates. By 2030, they will be hosting 30.9% of youth in the world.

In this context, he highlighted that the OIC Youth Strategy, which is being finalized for its adoption at the 4th Islamic Conference of Youth & Sports Ministers, to be held in Baku in May 2018, has a special focus on countering terrorism through several measures, including building effective and meaningful partnerships from sectors of society to develop a multi-faceted approach policy-making and developing partnership with Media.