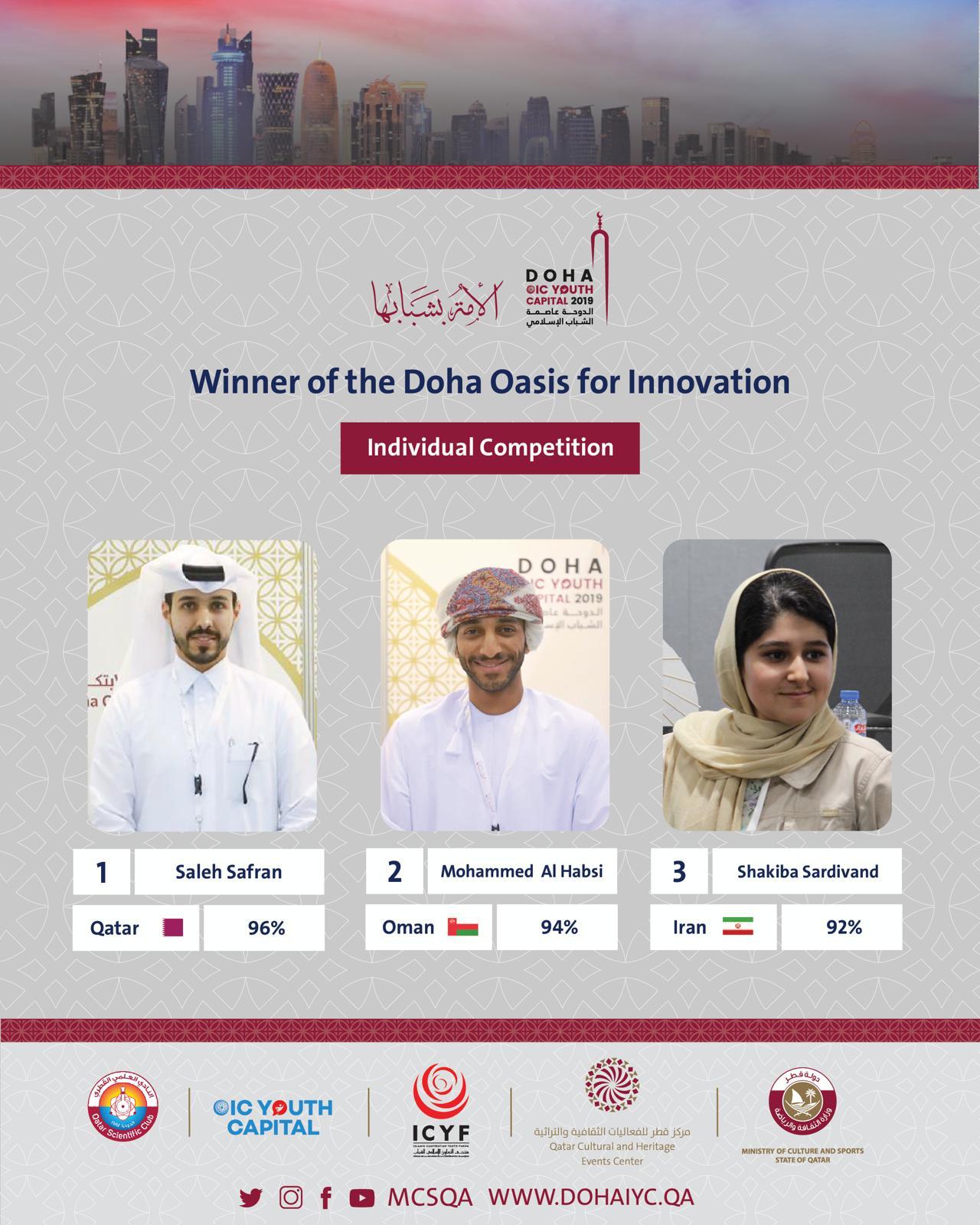 The competition organized by the Ministry of Culture and Sports in collaboration with Islamic Cooperation Youth Forum during the period from September 14 to 20, as part of ‘Doha – OIC Youth Capital 2019’ activities.

The event was held in partnership with Qatar Scientific Club under the motto “The Youth is the Power of Nation”, and under the supervision of the Qatar Cultural and Heritage Events Center.

The project was based on the idea of ​​a smart pharmacy for the elderly and people with Alzheimer’s disease, where according to a specific program to prepare the pill, remind the patient that the time of taking the pill has come, and also send a message to his physician informing him that the patient has taken the pill, in order to continue treatment.

The idea of ​​the Group Competition project centered on the establishment of a start-up company, the formation of the team, and the assignment of tasks assigned to each person in the team, also to present the project’s idea to the supporters to persuade them to the idea to support it.

The Qatar Scientific Club held an exhibition of the results of the group competition, which focused on the idea of establishment of a start-up company and the formation of the team and identify the tasks assigned to each person in the team according to their fields of specialization.

The competition aimed at introducing young people to how to develop innovations from idea to establishing a professional company, teaching entrepreneurship concepts to participants, as well as emphasizing cooperation and exchange of experiences among the youth of the Islamic world.

The two-day competition was highly interactive and held at the headquarters of the Qatar Scientific Club, during which the participants were divided into a number of teams.

The group competition resulted in the establishment of six companies to implement innovative projects during the competition. The contest aimed at emphasising cooperation and exchange of experiences among the youth of the Islamic world, in addition to introducing young people to how to develop invention from the idea of establishing a professional company.

The winners of the group and individual competition will be honored at the closing ceremony of the ‘Doha – OIC Youth Capital 2019’ activities.

The individual completion was held from September 15 to 16, 2019 in Ali Bin Hamad Al Attiyah Arena, and was open to young people aged between 18 to 30 years, in which the competitors contested in around 22 disciplines covering all areas related to international inventions.