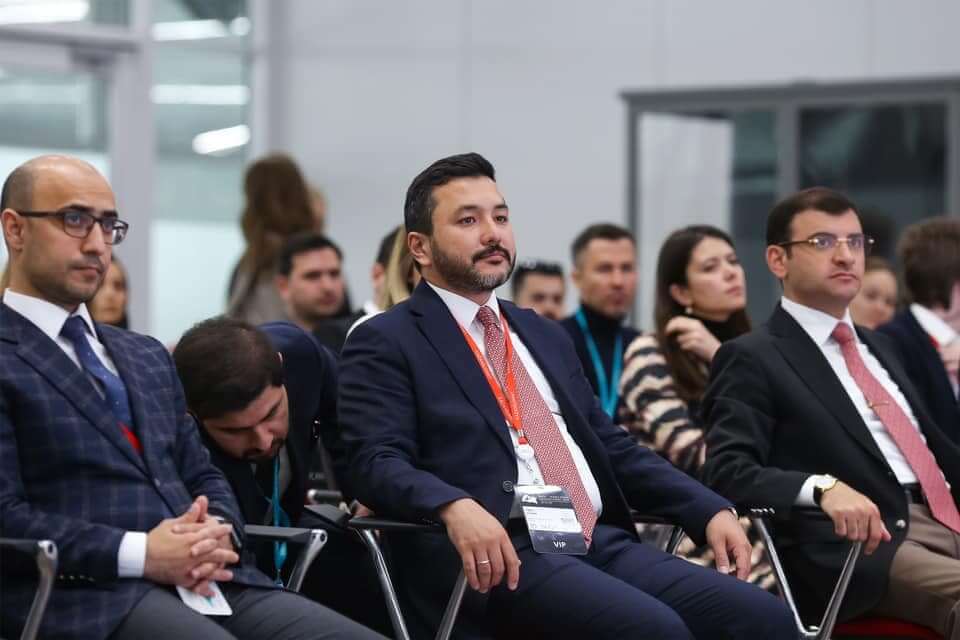 VIII Kazan OIC Youth Entrepreneurship Forum (hybrid format) was held at Kazan Summit in Kazan Tatarstan (RF) on 19-21 May 2022 which was co-organized by the Eurasian Regional Center of Islamic Cooperation Youth Forum (ICYF-ERC), the Ministry of Youth Affairs of the Republic of Tatarstan, and Tatarstan Republic Youth Social Fund “Selet”.

The Kazan OIC Youth Entrepreneurship Forum is an annual youth entrepreneurship forum within the framework of the “Russia and Islamic world” that aims to support new start-up ideas of youth.

H.E. Mr. Taha Ayhan, the ICYF President, delivered a speech at the both opening and closing ceremony to emphasize the importance of  organizing forums investment summits for youth startups to overcome substantial economic problems of the youth through a multi-level strategic approaches.

END_OF_DOCUMENT_TOKEN_TO_BE_REPLACED

The contest brought together 50 participants from more than 20 countries in Eurasia and Africa aged 18 to 30 years.

The jury selected the three best Quran reciters from both the men’s and women’s categories.

Here are the winners:

The winners were awarded their prizes by the President of the Republic of Tatarstan, with the 2nd and 3rd place winners receiving digital devices.

END_OF_DOCUMENT_TOKEN_TO_BE_REPLACED 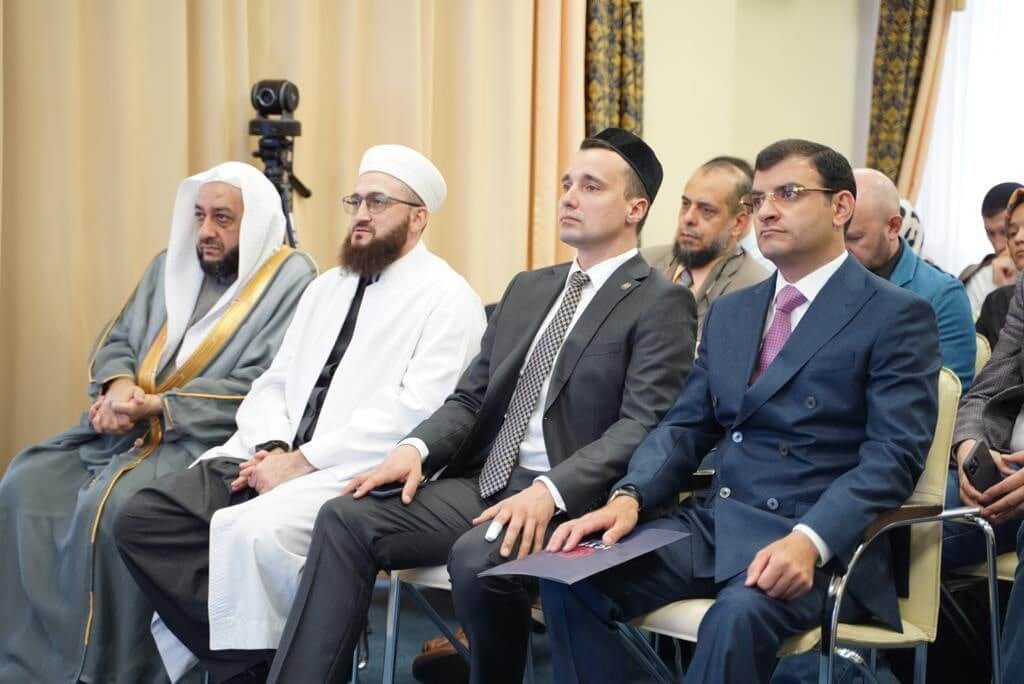 The Ceremony started with welcoming remarks by  H.E. Mr. Timur Suleymanov, the Minister of Youth Affairs of the Republic of Tatarstan, Mufti Mr. Kamil Hazrat Samigullin, Chairman of the Muslim Board of the Republic of Tatarstan, Mr. Aidar Shagimardanov, President of Muslim Entrepreneurs of the Russian Federation and Mr. Rasul Omarov, Director-General of the ICYF, who delivered a speech on behalf of the ICYF President.

The yearlong programme of this year’s capital kicked off with the Holy Qur’an Recitation Competition for young reciters to get acquainted with the rules and essence of recitation with Tajweed of the Qur’an.

The hybrid competition brought 5 Young Females Reciters and 37 Young Male Reciters from 22 different countries from OIC Member States and Muslim Minorities together to enhance the practice and study of the Holy Qur’an among young reciters.

END_OF_DOCUMENT_TOKEN_TO_BE_REPLACED 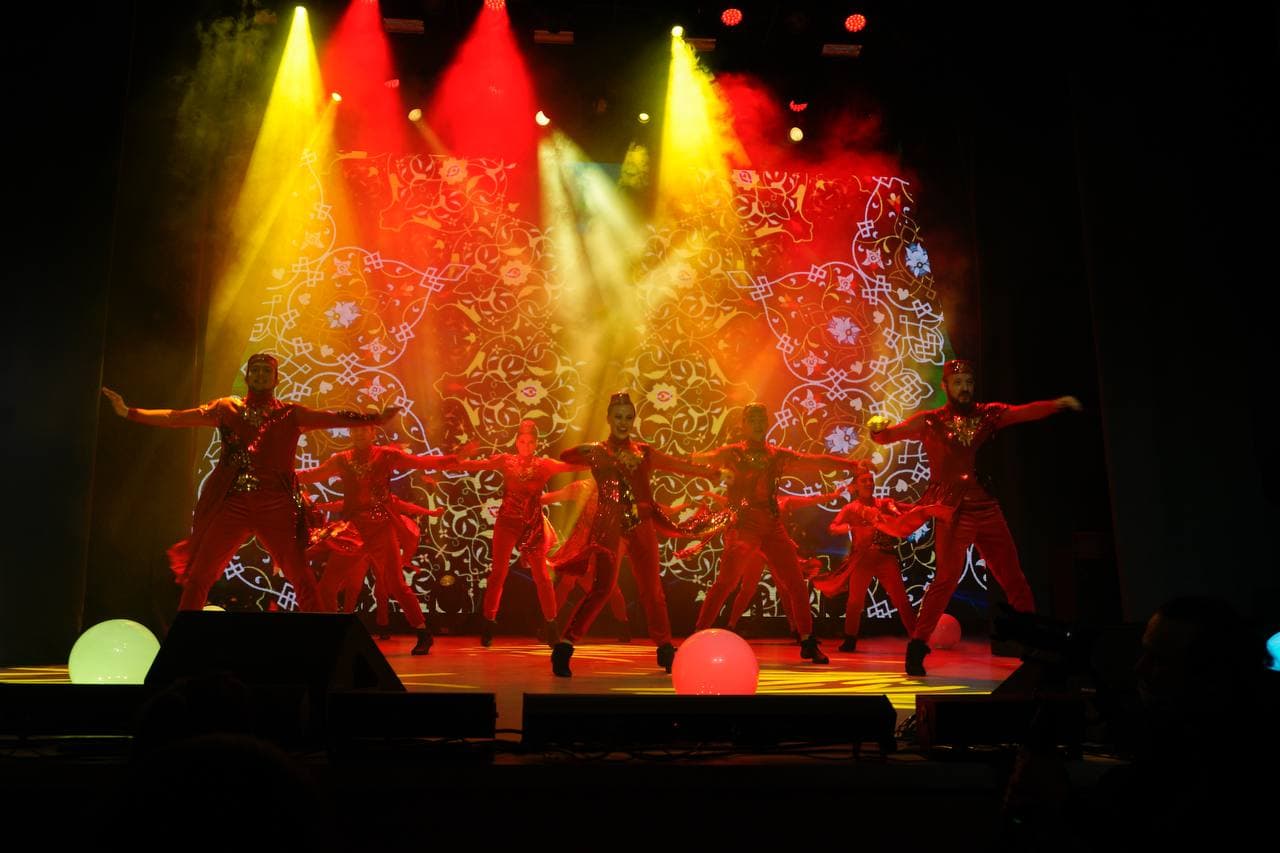 Summarizing the results of the year, awarding leaders from the OIC countries and regions of Russia in various categories.

END_OF_DOCUMENT_TOKEN_TO_BE_REPLACED 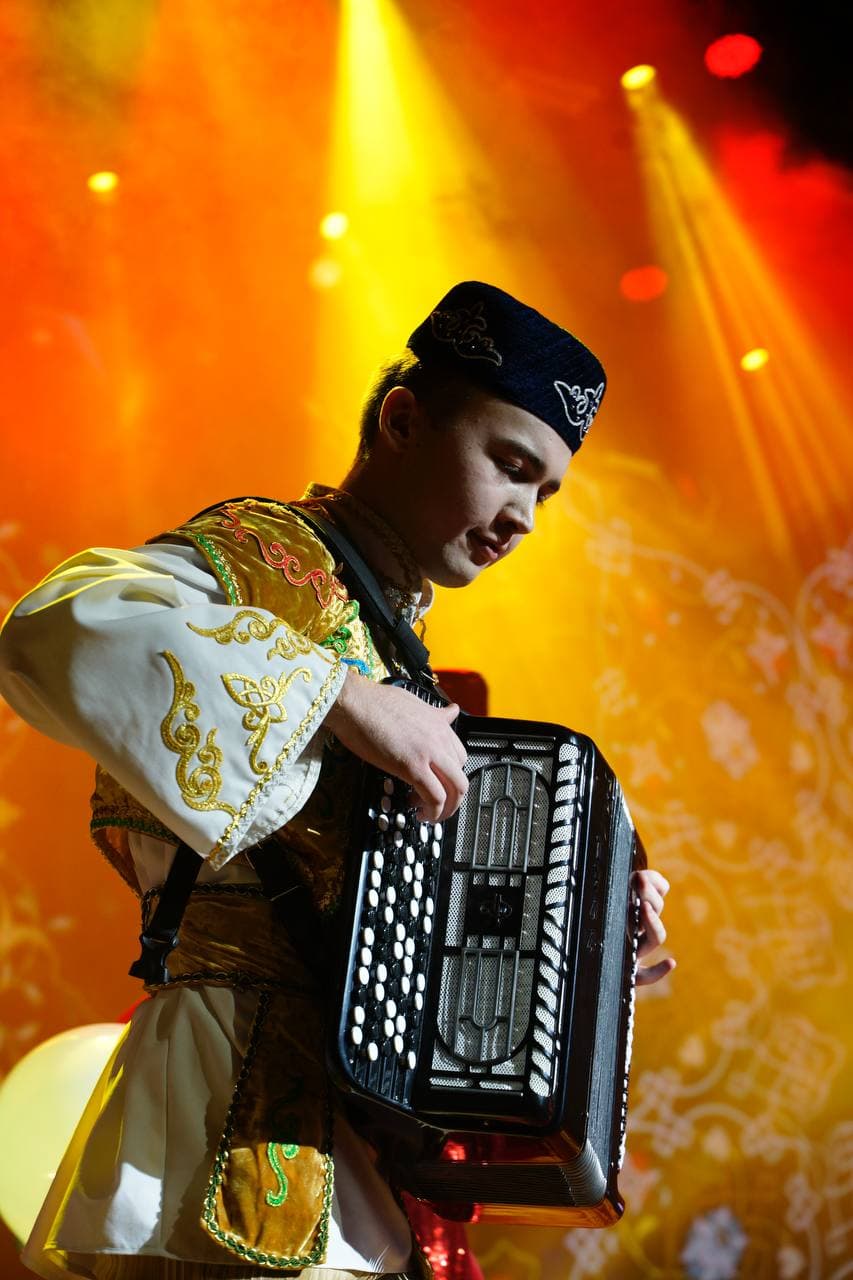 The festival will create a platform for intercultural and interethnic dialogue among the youth of the countries of the Organization of the Islamic World and the development of creative potential of youth. The festival program will contain an educational module covering choreography, vocals, art, theater; as well as staging of joint cultural performances which will take into account national characteristics for the final Gala concert.

END_OF_DOCUMENT_TOKEN_TO_BE_REPLACED

A new format for involving young people with different interests who have achievements in eSports.
By participating in competitions, the participants learn to work in a team and be purposeful, develop tactical thinking and a number of important skills: decision-making speed, reaction, perseverance.

END_OF_DOCUMENT_TOKEN_TO_BE_REPLACED 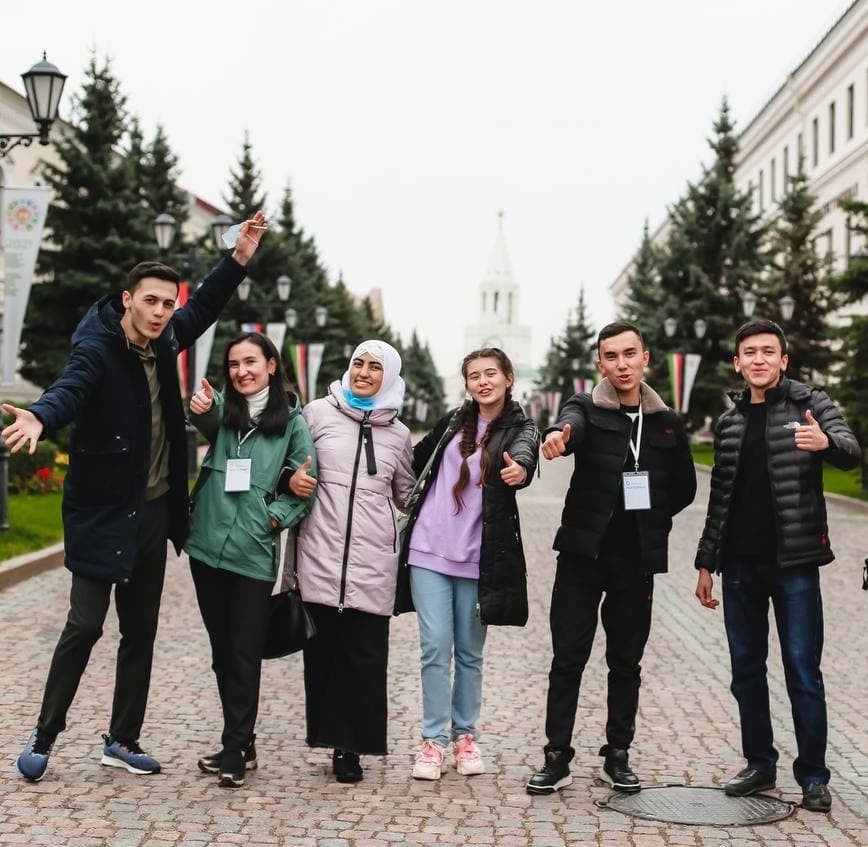 The International Youth Forum “Russia – OIC” is a platform for bringing together project teams from OIC countries. The forum will include an educational program covering social entrepreneurship, culture, sustainable development, education as well as workshops on creation of international projects. At the end of the Forum, a pitch session will be held with international experts on the implementation and upscaling of the participants’ projects.

END_OF_DOCUMENT_TOKEN_TO_BE_REPLACED 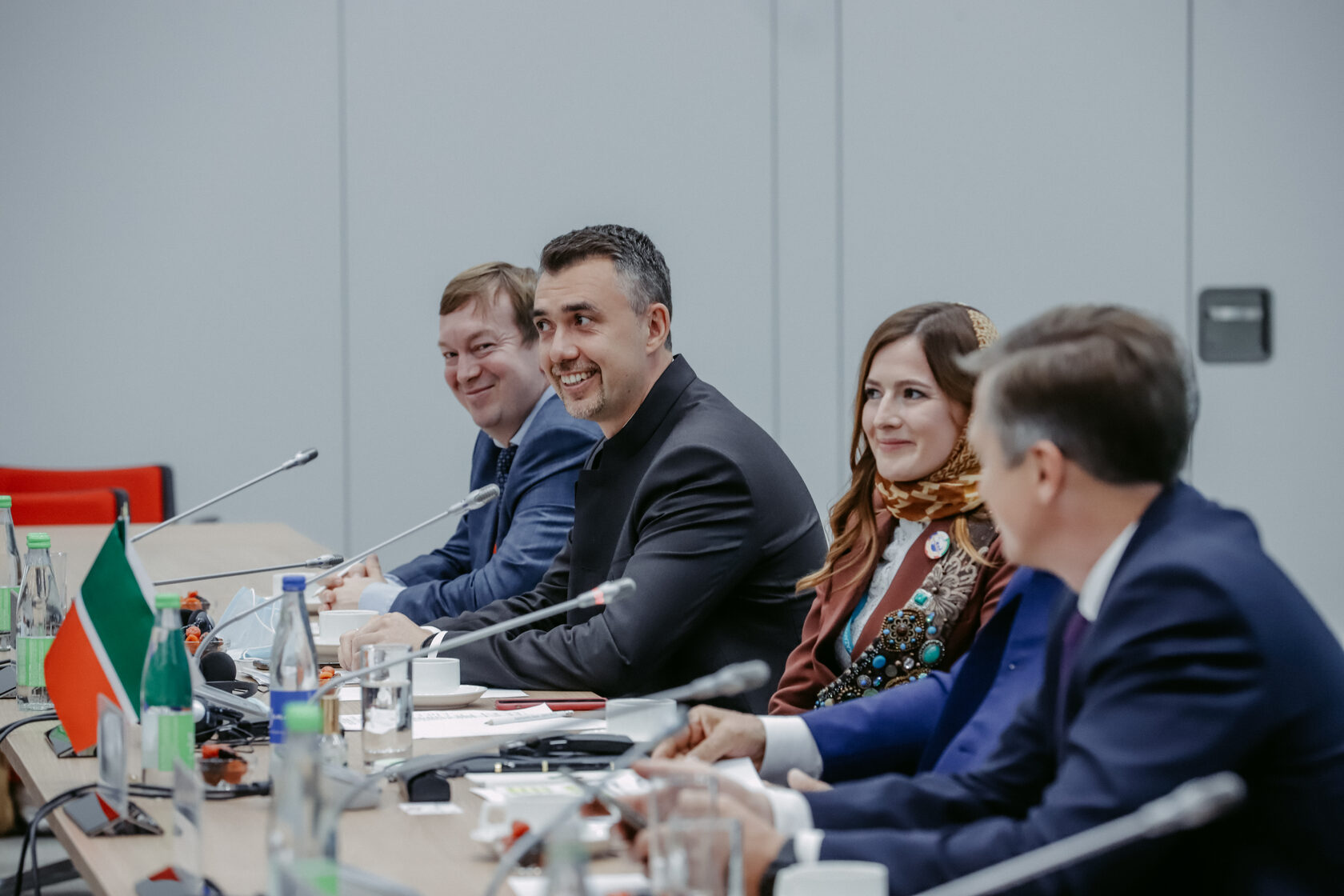 The main goal of the Summit is to develop joint actions to implement the youth strategy in the region.
The agenda of the Summit includes meetings and speeches on modern trends and challenges in the youth environment, youth engagement and intercultural dialogue.
Summit participants: Delegates from 56 OIC member countries and observer countries (Ministers for Youth and Sports of the OIC countries, heads of youth departments of the regions of the OIC countries, leaders of youth associations, representatives of international organizations responsible for youth).

Participation at the invitation of the organizing committee.

END_OF_DOCUMENT_TOKEN_TO_BE_REPLACED 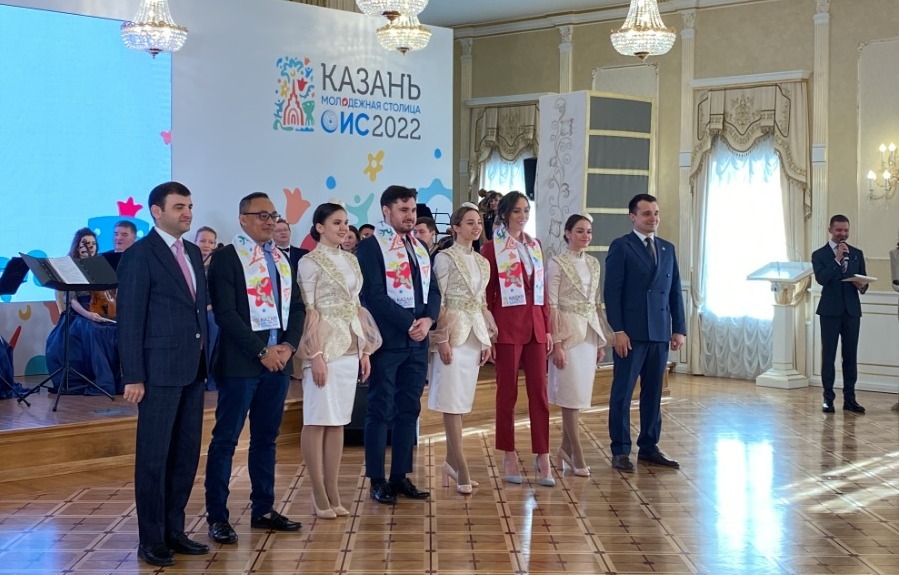 On March 16, 2022, H.E. Rustam Minnikhanov, the President of the Republic of Tatarstan hosted a reception for the Kazan OIC Youth Capital 2022 inauguration ceremony, which was attended by Mr. Mashkovcev Oleg Aleksandrovich, Deputy Plenipotentiary Representative of the President of the Russian Federation in the Volga Federal District, Mrs. Fazleeva Leyla Rinatovna, Vice Prime Minister of the Republic of Tatarstan, Mr. Timur Suleymanov, the Minister of Youth Affairs of Tatarstan and consul-generals of the OIC Member States accredited in Kazan.

Mr. Rasul Omarov, the ICYF Director-General, delivered speech on behalf of the ICYF President at the reception.

Kazan OIC Youth Capital 2022 is ready to welcome youth from the OIC region and beyond!

END_OF_DOCUMENT_TOKEN_TO_BE_REPLACED 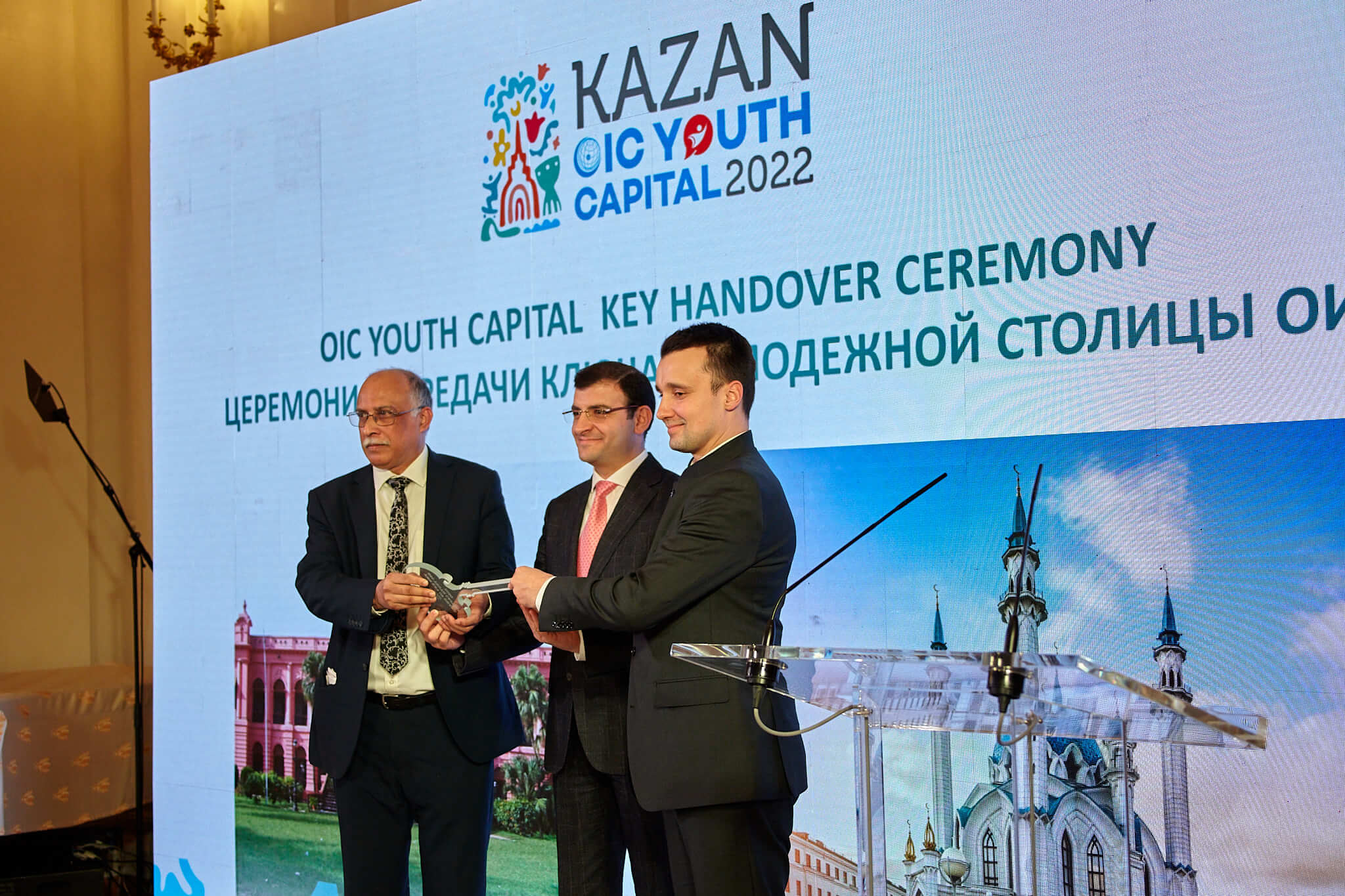 Tatar Turkish folk songs were performed in front of the OIC ambassadors and heads of international organizations present during the occasion.

Participants of the event toured the exhibition dedicated to celebrating the 1100th anniversary of the adoption of the Islam by Volga Bulgarian community.

During his speech at the event, Russian Foreign Minister Lavrov stated that the dialogue between his country and the OIC member states had improved. “Many Muslim countries have been Russia’s international partners for a long time. Commitment to developing cooperation between states within the framework of principles of equality, mutual consideration of interests and concerns unites us” he said.

Lavrov emphasized the importance of respecting the culture and traditions of all people by saying, “At the same time, we reject attempts to brutally export democracy, to aggressively impose ultra-liberal values and their use in the geopolitical game of relations in the fields of culture, education, and sports”

In this context, Lavrov emphasized the significance of Kazan as the OIC Youth Capital and stated that Tatarstan is a melting pot for religions, civilizations, and old traditions.

“This is the key to any country’s progress. We are glad that Tatarstan leads other Russian regions in developing democratic foreign ties” – he stated.

Minister Lavrov expressed that they are ready to support Kazan in establishing cooperation.

– Minnikhanov: “This date is of great importance for all Muslims”

Tatarstan President Rustem Minnikhanov further remarked that the state’s capital, which has observer status in the OIC, was honored for the first time with the title of Youth Capital. “This is especially significant on the 1100th anniversary of the conversion of the Volga Bulgarians to Islam. This date is significant for all Muslims” he said.

Noting that this year would be marked by a variety of events in Tatarstan, Minnikhanov presented information on the upcoming meeting of the Russia-Islamic World Strategy Vision Group.

– ICYF Director-General Omarov: “Our aim is to establish strong relations between people”

Rasul Omarov, Director-General of ICYF, remarked that Russia is home to a diverse range of people, beliefs, and languages, which is why Kazan was chosen as the OIC Youth Capital.

“Our purpose is to bring together our youth and friends from all over the world, to declare Kazan’s message of peace and friendship to the world, and to develop strong relationships between peoples” Omarov added.

Omarov expressed his optimism that young people will contribute to making the world a better place by stating that humans have passed through numerous tests in recent years.

At the ceremony, the key to the OIC Youth Capital was presented to Kazan.

At the occasion, which was followed by a concert, attendees were treated to the tastes of the Tatar cuisine.

The OIC Youth Capital International Program was initiated by the Islamic Cooperation Youth Forum (ICYF) at its 2nd General Assembly, held in October 2014. The idea of a set of events within the framework of the OIC Youth Capital was supported by delegates of ICYF member youth organizations.

In November 2021, at the Executive Board Meeting of the Islamic Cooperation Youth Forum, it was decided to award the title “OIC Youth Capital – 2022” to the city of Kazan. The status was assigned to a city of the Russian Federation with Muslim majority, an observer state in the OIC, for the first time.